The most family friendly shows in Las Vegas

One of the natural byproducts of Las Vegas’ evolution from an adult playground to a family destination has been the advent of shows both children and their parents can enjoy. The Cirque du spectaculars, magic acts and miscellaneous G-rated fare that began appearing in the early `90s, cautiously at first, are now ubiquitous, rendering the previously prolific indigenous species – the Las Vegas showgirl – all but extinct.

So now you’ve decided to bring the kids with you to Las Vegas and Tahiti Resort. You want to see a show with them but don’t want to worry about the sudden unexpected appearance of a leftover Lido lady flashing a body part best left covered.  Guess what? We’ve got you covered.

From an embarrassment of riches we’ve pared down the kid-friendliest shows in Las Vegas to help you make the best possible choice. Read on!

Gregory Popovich’s Comedy Pet Theater features dogs and cats (plus doves and other small critters – more than 30 animals in all) acting out skits such as passengers boarding a train, students sitting in a classroom or patients waiting for a doctor.

A graduate of the Moscow Circus School and a fifth-generation circus performer, Popovich juggles, jumps rope and performs a host of other big top-style tricks. He has rescued these animals from shelters all over the country and has transformed them into Las Vegas stars.

As a successful headliner on the Las Vegas Strip, Terry Fator captures the hearts and funny bones of audiences from around the world. Backed by actual live musicians, Fator wows audiences nightly with singing, comedy and unparalleled celebrity impressions. The America‘s Got Talent winner brings to life a hilarious range of characters, including Winston, the impersonating turtle; Emma Taylor, the little girl with the big voice; and lounge singer Monty Carlo. With comedic banter and amazing vocal impressions of musical superstars such as Garth Brooks, Dean Martin, Aretha Franklin, Lady Gaga and more, Terry Fator: The Voice of Entertainment is a one-of-a-kind experience.

When you arrive at this dinner show inside the castle-shaped Excalibur, you’ll be seated in sections that represent a “country.” Throughout the production, Merlin and a court jester will urge you to cheer for your native knight as he takes on rivals from other lands in challenges like jousting, sword fighting, racing and gladiator combat.

The evil Mordred tries to capture King Arthur’s kingdom, but the countries unite to fight against him.

At Tournament of Kings, you’ll eat Cornish hen, steamed veggies and biscuits, with sweet pastry for dessert. Just like lords and ladies did in the Middle Ages, you’ll have to eat with your hands. But it’s okay to slurp your first course, “dragon’s blood” (tomato soup). Juice and soda will be served, along with grown-up drinks.

This show takes on big issues like brain function, groupthink and artificial intelligence, but the three silent stars, dressed in black and earless in alien blue, are childlike in their naivete and curiosity.

The characters stuff their mouths full of marshmallows, play with giant iPhones and crawl over the theater seats rooting through guests’ belongings. At the end of the production, enormous beach balls float through the theater, and audience members can’t help but punch and shove them in slow motion.

This show is noticeably loud. It’s full of dance-worthy original music (including a finale with lyrics that rattle off silly nicknames for your butt) featuring Blue Man Group’s signature invented instruments.

If you’re looking to take in a high-end show with the whole family, think about Cirque du Soleil’s Mystère, the granddaddy of all Las Vegas family shows. Now in its 26th year, the show delivers the thrill of the circus and features amazing acts that will dazzle and delight kids of all ages.

Among the acts is a two-man tandem that strikes gravity-defying poses in a hand-to-hand balancing routine, an aerialist who twists and turns to create optical illusions with two suspended lengths of fabric, and a group of gymnasts who flip and climb around four vertical poles.

This show has no age restriction, but may not be ideal for children who don’t like clowns. One who acts as an usher rounds out Mystère with good humor, and colorful, imaginative costumes add to the rainbow of spectacle in this classic Las Vegas spectacular. 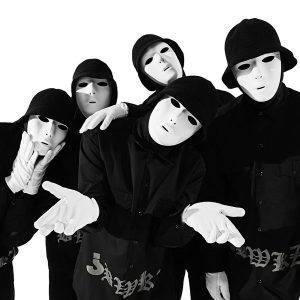 Adults got to know this team of masked performers when it won the first season of America’s Best Dance Crew. With a new show based on color and light, Jabbawockeez is set to draw in a new crowd of fans.

Teens who love music with a good beat will get into this production, but younger kids will love the dancers’ pantomimed storytelling set to popular and original music and framed in bright primary colors.

Though there are funny segments meant to make grownups laugh, most of show is about two characters – one dressed in black and one in white – discovering balance and friendship by exploring the color spectrum.

Jeff Civillico’s intractable enthusiasm endears him to children 8 to 80. A master juggler with a gift for comedy, he eagerly welcomes kids’ participation in his acts and is always ready with a one-liner to keep their folks laughing.

Civillico’s “Comedy in Action” show never stops moving. Children (and grownups with childlike senses of humor) will fall head over heels for his zany persona and laugh out loud when he pulls out signature moves like his high side kick and dramatic wedgie removal. 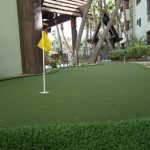